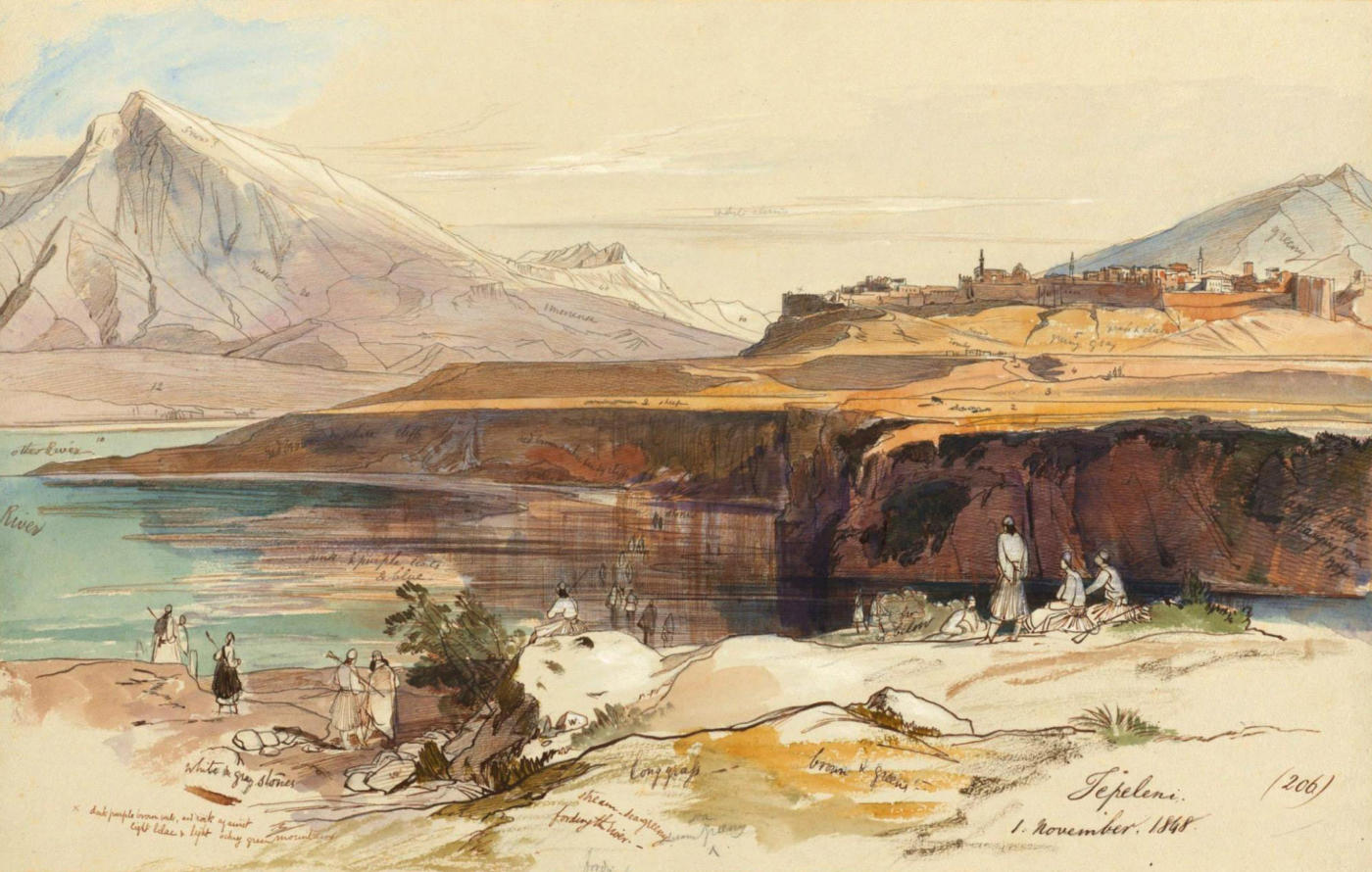 In this blog post, I’ll present the idea of a Binary Vector Clock, a simple, yet space-efficient algorithm for generating a partial order of transactions in account-based blockchain systems. The Binary Vector Clock solves the problem of order dependency in systems such as Ethereum, caused by the total order of transactions that come from the same address holder. What that exactly means will become clear in a bit. The proposed algorithm has the same security as using regular transaction nonces, requires very little overhead, and can potentially result in a significant increase in throughput for systems like Ethereum. This paper was originally submitted on the 15th of April, 2020 on arxiv.

The order of Ethereum Transactions

A transaction in Ethereum is essentially a message that gets signed by an account holder, also known as an externally owned account. Once a transaction gets created, it is broadcast to other nodes in the system, and eventually recorded by the Ethereum blockchain. The structure of an Ethereum transaction consist of:

The nonce field is the field that is of particularly interest to us. The transaction nonce, not to be confused with the block nonce used for Proof of Work, is a scalar value that serves as a counter. The nonce shows the number of confirmed transactions that originated from the account. Having such a counter for each transaction has an interesting effect: It protects the user from transaction duplication. Let’s see what would happen if transactions had no nonce, to better understand why having such a counter is so important: Let’s say Alice sent Bob a completely valid transaction containing three ether. The signature turned out to be truly Alice’s, and the transaction got recorded on the blockchain. Bob however turns out to have a bad moral compass and wants more money. Without a transaction nonce, there is nothing to stop Bob from “replaying” Alice’s transaction, and claim again three ether. Bob could in fact repeat transmitting Alice’s old transaction to the network, until he gets all of Alice’s ether. Every time the transaction would be replayed, nodes in the system would think that it is a new transaction. In reality however, this is not what happens. By having a counter attached to the transaction, every transaction becomes unique. If let’s say Alice’s transaction has a nonce of 42, Bob will not be able to replay that transaction, as any new transaction coming from Alice would have to have a nonce greater than 42.

Before jumping straight to how the Binary Vector Clock works, it is necessary to have a good grasp of what a partial order is. All of us intuitively understand the idea of “total orders” - One is smaller than two, five is greater than four, etc. In order theory, a set is said to have a total order, if for any element $a$ and $b$, a comparison is possible, i.e. either $a \leq b$ or $a \geq b$. For example: Every transaction nonce for an address, is comparable to any other transaction nonce for that address. We thus can easily know which transaction happened-before another transaction, thanks to the total order of transactions. But what if it does not matter in which order some of our transactions get confirmed? If eight out of ten transactions generated from an address holder could in fact be confirmed in any desired order, it would be quite wasteful not to do so. This is however what happens in today’s totally ordered account based transaction model.

It would thus be of enormous interest if we could somehow “capture” the transaction independence for address holders. This is where partial orders become useful. A partially ordered set, is a set in which only certain pairs of elements are comparable, i.e. one element precedes the other in the ordering, but not every pair of elements is necessarily comparable. 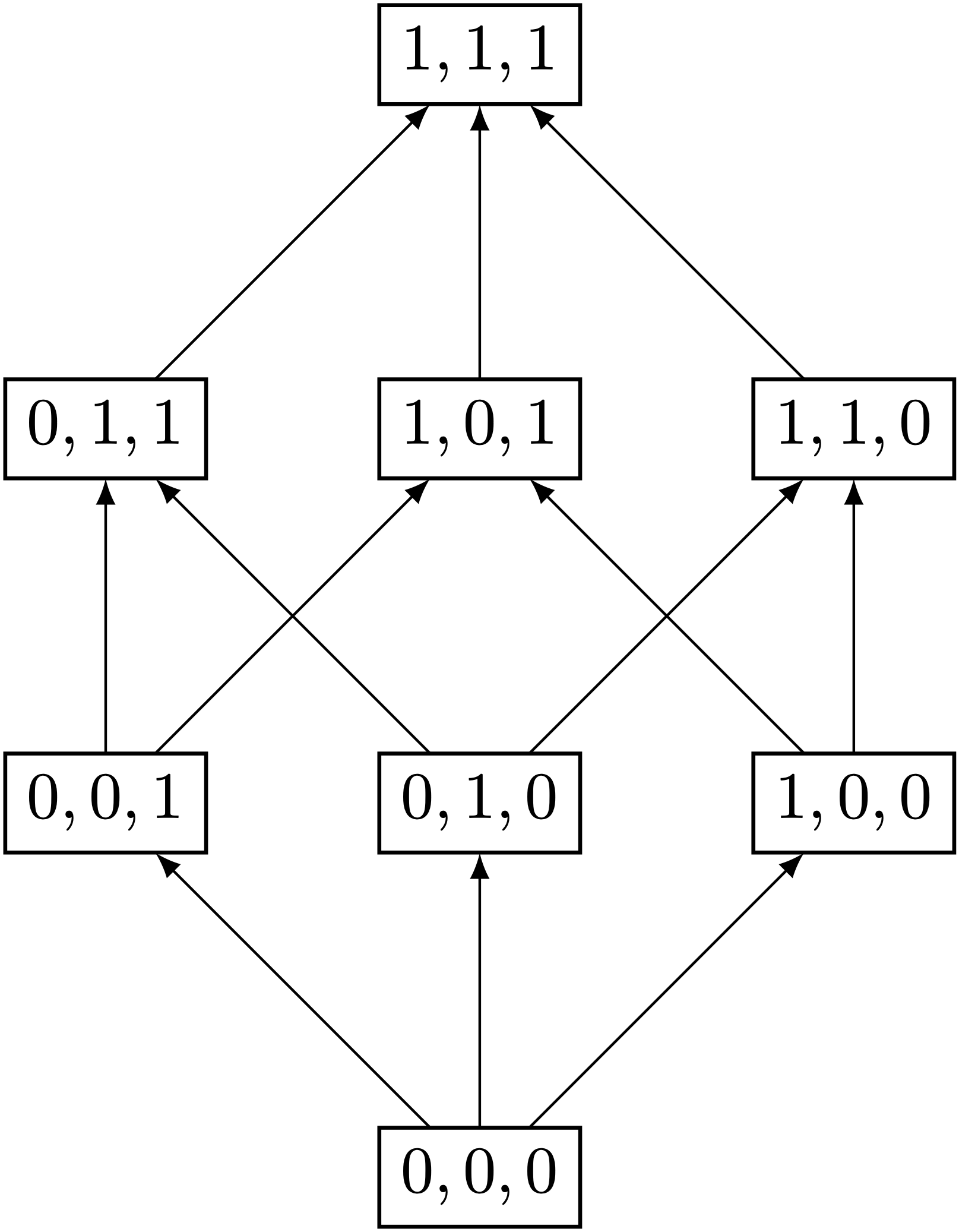 As an example to better understand what a partial order actually is, let’s look at the join-semilattice in figure 1. The diagram shows a set $S$ with eight vectors. We say that an element in $S$ ‘‘happened-before’’ another element, if and only if every value of vector $a$ is less than or equal to every corresponding value in vector $b$. For example: We can conclude that vector $(1,0,0)$ happened before vector $(1,1,0)$, because none of the values in vector $(1,0,0)$ are greater than in vector $(1,1,0)$ - We say that $(1,0,0)$ happened-before $(1,1,0)$. If on the other hand we try to compare vector $(1,1,0)$ and $(1,0,1)$, one can see that both vectors have values larger than the other vector at some indices. We say that this pair is not comparable. One cannot determine which element occurred before the other one. Algorithms used in distributed systems, such as vector clocks, take advantage of partial orders. In the context of the distributed systems, having incomparable vectors, or “clocks”, usually means that the events occurred concurrently, and thus have no information of one another. In the case of the Binary Vector Clock on the other hand, incomparableness between two transactions does not indicate concurrency, it indicates that they occur independently.

It is important to note that there is nonetheless an inevitable transaction processing dependency when shifting from one epoch to the next. Transactions from one epoch can only be processed independently, after the transactions of the previous epoch were already processed. In other words if Alice were to send three other transactions one after the other, where the first transaction would have a timestamp of $(0,[1,1,1])$, second transaction $(1,[1,0,0])$, and third transaction $(1,[0,0,1])$, even if all three transactions are completely independent from one another, the second and third transactions will not be able to get processed without the first one being confirmed first. This is because these transactions occurred during an epoch “jump”, i.e. the Binary Vector Clock gets incremented, and the bit array becomes set to zero. The transactions in the new epoch cannot know if they are comparable or not with the transaction from the previous epoch, forcing a momentary total order. I argue however that the space-wise inexpensive nature of the Binary Vector Clock, and its property to handle partial orders, makes it an attractive technique for the account-based transaction model, even in the case of momentary order dependencies between epoch jumps.